Fair and Tender Ladies is a story about Ivy Rowe.  It begins when she is around 12, and follows her whole life until she's in her 80's I think.  Her story is told entirely through letters she writes, no responses.  And I think it works.  I thought the letters were used cleverly to reveal the characters and the plot.  I do wish dates were included on every letter, but I think they were intentionally left off so you had to discover how much time had passed.

The first few letters are kind of hard to read.  They introduce a bunch of characters, mostly Ivy's family, and are written in her vernacular.  It reminded me a bit of These is My Words, and similarly, her voice becomes easier to follow as you stick with it.

I love that Ivy loves to read, and has memorized poems.  She quotes them naturally as she thinks.  Her are a few quotes to give you a feel for her voice.

"I am going to mary somebody that makes me feel like a poem that's for sartin."


"Little Danny just smiled, he is the cutest thing.  I do not think I will have any children ever as they will brake yor hart."


"Oh Molly, I wish you culd see my dress it is so beutiful! It is green with puff sleeves and a round white coller."  Anne of Green Gables, right?

Ivy lives in the mountains of Virgina, and like other books about living in the Appalachians, she has a hard time.  There is a lot of sadness, hard work, and dying.  She has opportunities to get out, but ultimately chooses caring for her family.  Ivy doesn't always make smart decisions, but I do think she is tries to do what is right.


"I have lost my spunk some way.  It is like I was a girl for such a long time, years and years, and then all of a sudden I have got to be an old woman, with no inbetween.  Maybe that has always been the problem with me, a lack of inbetween.
For all of a sudden when I saw those lights, I said to myself, Ivy, this is your life, this is your real life, and you are living it.  Your life is not going to start later.  This is it, it is now.  It's funny how a person can be so busy living that they forget this is it.  This is my life."
I think this tells a lot about how Ivy feels about herself.  Sometimes I feel this way too.

I can't think of another book that covers so much of one person's life in just 367 pages.  I really liked reading her letters, and I enjoyed the book.  EXCEPT that she makes a decision toward the end, that really taints the rest of the book for me.  It's not just her actions, but the way that she feels like it saved her life.  Like it was a turning point, and not really in the way I think it should have been.

But I still enjoy her wisdom on other topics.  For example,
"I guess you would think that when a woman has a lot of children, then each one means a little less.  It is not so.  Children will swell up your heart.  I know you say you are glad that you and Stoney have not had none of your own, that his have been enough of a headache, but I would bet it is not true, Ethel.  You just talk big, in my opinion.  But you are a soft as a featherbed underneath."

There's a letter toward the end that Ivy writes to her daughter Joli, and tells about a visit from her sister and her new husband.  Both Ivy and Ethel are older ladies by now.  Like in their 70's I'd guess.  I don't want to quote the whole thing, but the way she retells their conversation and their interactions, you can tell they are just the same as they were as kids, or in their 20s.  I loved it because it reminds me of getting together with my sisters, or when I see my mom with her's.  How you still feel like giggly girls, even though you have had this lifetime of experience apart.  Do you know what I mean?

I enjoyed this book and I would recommend it, but I didn't LOVE, love it.

Sounds like a fun read. I loved that you mentined yourself and your sisters and your mother and her sisters. It's so true!! We laugh and giggle as if were were little girls, and yet our lives have had so many different experiences and we are indeed old ladies.

PS ~ An example about sisters. Your mother and I had never lived anywhere near each other and yet when we would drive up to Seattle and play Password with your parents, the best combinationn of a team was always your Mom and I being on the same team. We did better than a husband-wife team. There is just something about growing up together that never changes--no matter the miles or the years. 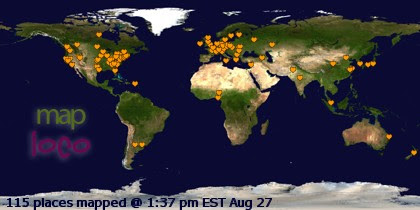